Does earning too much keep you up at night? You must be an NHS employee. 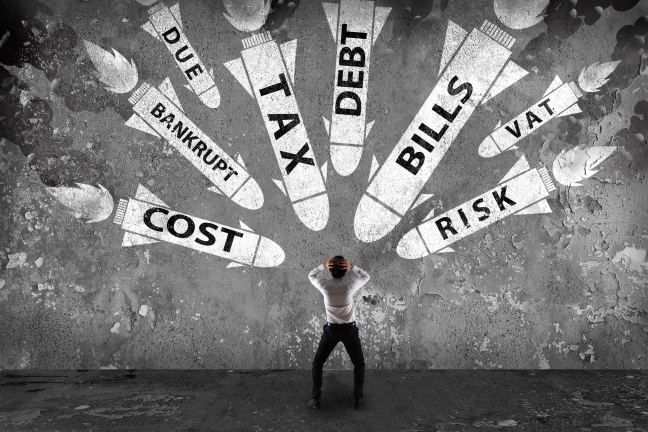 If ever there was a policy aimed specifically at destroying the NHS, the current NHS Pensions Scheme of 2015 is head and shoulders above any imagined. You may have heard about the pensions crisis that doctors are facing. This article sets out how that crisis has been brought about by current government policy and the impact it will have on you as a patient or doctor.

In April 2015, the new NHS pension scheme came into force. Prior to this change, up to £40,000 could be paid into your pension pot annually without any tax implications. The changes meant that any earnings past this threshold would now result in a reduction in this £40,000 allowance. In short, the more you earn the less tax-free exemption you receive. Simple? Not at all.

What kind of figures are we talking about?

Below is a rough guide put together by the British Medical Association (Taken from https://www.bma.org.uk/advice/employment/pensions/annual-allowance-examples) on how the previous standard £40,000 allowance is tapered down depending on how much you earn above the income threshold of £150,000 (gross).

Although one could argue that this is a fair policy whereby more tax is paid the more you earn, there have been some unintended consequences. The system means that there is no longer an incentive to work additional shifts in circumstances where those people pay vastly more tax for doing so.

Further issues arise as the amount of tax owed is very difficult to calculate because:

a) The system allows for up to three years of unused tax relief. So previous years need to be accounted for first.

b) Adjusted income refers to your total income over the course of a year and includes any growth in the amount of total pension you have accrued to date. This is linked to the Consumer Prices Index (CPI) which at present has been going up annually.

c) Due to awaiting outcome of CPI increase on your pension growth, by the time the additional tax has been calculated, you also owe interest on this tax in some cases.

If you thought the prospect of paying effectively 100% tax on earnings wasn’t bad enough, there is a further sting in the tail that even Joseph Hellers’ book Catch-22 would be proud of:

Imagine you have been hit with a bill of tens of thousands of pounds. What options do you have?

The classic: empty out your savings;Re-mortgage your home; orTake out a loan.

All of the above have been tried and tested by NHS employees up and down the country.

But there is no need to worry thanks to the geniuses at NHS Pensions, who have come up with a solution to pay this bill with a system called Scheme Pays. This is where things get really interesting. NHS Pensions will allow you to use your current pension pot to pay the tax due. However, you cannot simply withdraw from your pension savings but have to effectively loan the money from your total WITH INTEREST, meaning the amount in your pension pot will be reduced by much more than the amount you owe. If you are forced to do this annually, your pension could effectively be completely eroded by the time you come to draw your pension.

What are the alternatives?

This perfect storm has led a lot of people to get creative with their pensions:

Some opt out of the NHS Pension Scheme altogether. Any accountant or financial advisor would advise against this. They generally reinforce the view that the NHS pension remains well ahead of any private pension on offer. Some retire. This is an option currently being utilised by many senior clinicians as they feel even more devalued in their contribution.Others limit contributions to the scheme to a few months a year. This effectively means you opt out for a number of months so you never reach the £40,000 pot limit. However, you will no longer be eligible for certain benefits such as death in service. Some people have been even more creative by making sure they are only making contributions a few months for the end of one tax year and the start of another so effectively reducing the amount of paperwork needed. However, the paperwork is said to be excessive for each time you opt in or out and just because you send the paperwork you cannot guarantee when NHS Pensions will restart your pensions contributions. Emigration is another option. Many other countries are recruiting British doctors to work in their healthcare systems. In recent years this has become a popular option. Limiting earnings by effectively cut down your work commitments so you never go over the£150,000 threshold. In most cases this means cutting down your hours. Some doctors worried about the care of their patients are actually working but not claiming any wages for their time.

Who cares if some rich doctors get stung? They should be contributing more because they earn more…

Imagine taking your loved one to a local hospital for surgery to find out the trainee anaesthetist for the procedure will have no consultant cover to support them. Or maybe you attend your local General Practice to find there are no appointments for four weeks as they only have two doctors available to see patients as the other two now only work three days a week. These are the consequences of a depleted clinical work force.

Why would anyone consider working longer hours to take less pay home?

This is a story being played out in hospitals and practices across the country. A healthcare system already bulging under the pressures of an understaffed service has been compounded by something as innocuous as pensions changes. As absurd as this sounds, it may in fact be the straw that breaks the camel’s back.

It’s shocking when bankers have no caps on their bonuses due to concerns about a ‘brain drain’ from the City of London. Yet for doctors the government is actually providing an environment which encourages them to leave in their hundreds to work abroad or limit their hours. This is at a time when large multinational corporations such as Facebook and Amazon earn millions but pay little to no tax.

There are mutterings that the government is planning to make changes to this policy. However, as the Treasury are said to be earning nearly three times more than expected from this little change, what incentive do they really have?

I guess the only question left to answer is: will the last person to leave the NHS please turn out the lights?